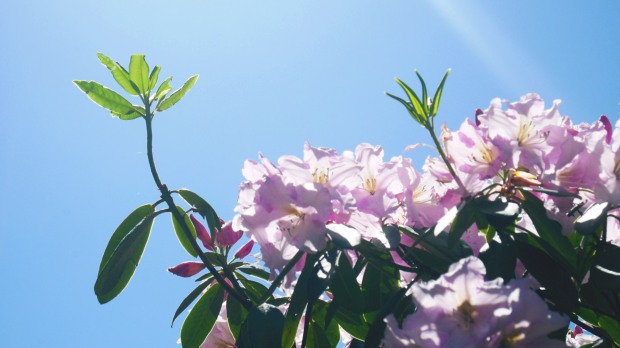 It’s Mother’s Day this Sunday. If you forgot about that despite all the advertising and store specials and even the movie that was released recently (It’s actually called Mother’s Day), I’m sure you’ll be able to do something special for your mum at the last minute. Might I suggest flowers or at least a phone call if you live far away from her? And pick yourself up a calendar whenever you have a chance. If it helps, it’s on the 14th of May next year.

The date for Mother’s Day varies throughout the entire year across each country but it’s held on the second Sunday of May for a majority of places. You know, I’ve always wished it was held in the latter half of the year. Most of the holidays that I actually celebrate (New Years, Australia Day, Valentines, Easter, etc) and basically a lot of the birthdays of people close to me are in the first half of the year. So I admit that sometimes I don’t put enough effort into this day as I should. Father’s Day on the other hand is in September. That’s months from now and for me, there are only a few events close to it. There’s very little vying for my attention in September and so I tend to plan things out better for my dad.

When I have a kid, I’m so gonna make sure their birth date is in the second half of the year. But given my luck, they’re gonna be born on Christmas day. That poor little bugger.

Anyway, even if I put things off till there’s barely any time left, I still try to celebrate the day for my mum. That usually means going out for brunch or wrapping a small gift or spending a day in the kitchen attempting to cook something that looks fancy but ends up tasting quite mediocre. I’m aiming to do two out of those three things this year so wish me luck.

I know you don’t exactly have an easy job. I can’t say I’ve had any experience being a mother but maybe someday in the future I’ll take on that adventure and learn what it’s really like. I know as children, we take our parents for granted and refuse to imagine what life would be like decades down the road when they might no longer be around for us to run to – seeking advice and a shoulder to cry on about the boy that bullied us in school or the boss that unexpectedly fired us. And we may not show our appreciation in the best of ways. Puberty can be a bitch. We all experience high school differently to the kid next to us. Raising a teenager brings all sorts of agonising sleepless nights of rebellion and bad choices and it’s never easy watching someone you love make decisions that you know are terrible and ill-advised. We understand that sometimes tough love is the answer. And sometimes you just have to take a step back and make it clear to them that no matter what, they can come to you for anything. Mistakes get made and it’s part of life.

Some kids need stern discipline and others just need nudges in the right direction. Either way, as a parent, an insane amount of responsibility gets thrown on your shoulders. You spend years of your life moulding and guiding a tiny human being into a functioning adult. Personally, I don’t think I’m close to being one myself but that’s my own doing. My mum’s always been there for me and she shows me endless love and care. Everyone says being a parent is hard; you’ll always see your offspring as a little kid in your eyes and you’re tested daily. All the patience in the world isn’t enough sometimes. But a cliche that gets thrown around constantly is that it’s the most rewarding experience of your life. I’d like to believe more in that one.

What I’m trying to say is that obviously we wouldn’t be here without you, biologically speaking. But more than that, we love you guys so much that the “mom heart tattoo” is a common thing to get on the bicep. So put your feet back, order us around while holding a glass of champagne, and enjoy Mother’s Day!