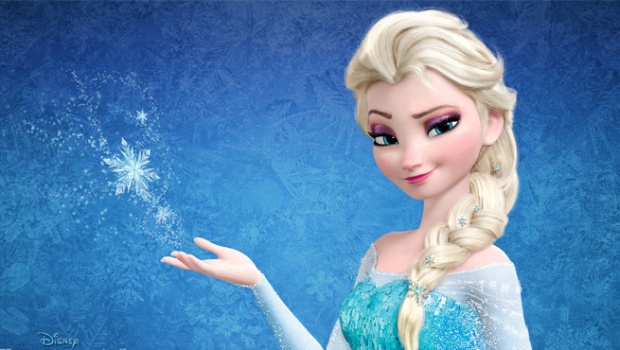 For those that are unfamiliar with the #GiveElsaAGirlfriend campaign, the hashtag is aiming for exactly what it sounds like it’s aiming for.

Now I’m not going to lie. When I first read it, I got a bit confused. Elsa? Elsa from Frozen Elsa? Yes, that Elsa. Oh okay. That would be pretty cool I guess. But I’m an avid supporter of gay rights and I actually love the idea that Elsa may be getting a girlfriend. So why did I second-guess it at first?

I was with a friend (also pro-gay) at the time and she asked me how I felt about it. Before my brain was even able to process her question she continued to say that she wasn’t for the idea and that she felt like Elsa should be getting a boyfriend instead. Naturally, I asked why?

She felt that a scene of a woman kissing another woman would be highly sexual in comparison to the parallel of that same woman kissing a man. Frozen is a children’s film (actually, being 22 and a lover of Disney, I beg to differ on that one) and she felt that it would be more appropriate to show a heterosexual lead.

Since then, I’ve also heard from others that Disney is only doing it for the attention and that the idea will never fly.

Honestly, a same-sex relationship is not that far-fetched of an idea.. The reason why my friend felt this way is exactly the same reason why guys have found it so hot when I’ve kissed girls. In many cultures including my own, girls kissing girls has been portrayed as a highly sexual act. The media and general word of mouth has hypersexualised an act that in reality is not really any more sexual than Prince Charming kissing Cinderella.

Misportrayal has also conditioned me to not be surprised when random men approach me with the preconception that because I am a petite Asian female, I’m automatically submissive  (this video sums up my frustration really well). Racial misportrayal is the reason why googling ‘three black teens’ will result in mug shots, whilst googling ‘three white teens’ will leave you with the dream children you wish you had (link).

Now let’s swap the context a bit; I believe that every life is as valuable as the next, yet I was (sadly) not surprised when the whole world’s headlines were in unison when it came to cities like Sydney, Paris, Brussels and Orlando and radio silence was heard when it came to cities like Garissa, Chibok, Beirut and Ankara. A tragedy is a tragedy no matter where it occurs. Although the latter mentioned cities are of equal importance, they are not always represented that way.

So, my thoughts? It’s about representation. Humans are highly impressionable and our opinions are heavily influenced not by just our experiences but also by what we’ve heard (or haven’t heard); from friends, family, the news and even social media. Our perception on hefty topics such as sexuality, inherent racism and terrorism are just as malleable as our thoughts on whether or not that fad diet is worth trying or whether that branded handbag is worth the price tag attached to it.

And because it’s about representation, I would love it if Elsa got a girlfriend.

Last year a close friend told me about her past lovers. When I realised one of them was actually an ex-girlfriend not ex-boyfriend, I paused in perplexity and said oh, you didn’t tell me you were bi? Her response was quite possibly the best reaction I could have ever gotten. When you introduced yourself to me you didn’t tell me you were straight, so why should I have pointed out I’m bi?

Whilst I myself do not want a girlfriend, I want for everyone to feel comfortable enough  to pursue their romantic interest without second-guessing whether it’s normal or not. And if more media exposure is what it takes to blow away the cloud of abnormality that lingers over same-sex relationships, then heck #GiveElsaAGirlfriend.