I was recently on holidays in Europe. Although I don’t consider myself a particularly cynical being, I’ve over the last month caught myself time and time again questioning the reasons behind random acts of kindness. Whether it’s offering to drive me to the airport, housing me in a foreign city, shouting a meal or going out of their way to ensure that my disorientated ass doesn’t end up in the wrong district, I’d without fail tell myself that they must want something in return. Maybe they expect a present/payment/sex as a thank you? Maybe they have a lot of spare time and they’re using me as a time-filler? Surely they can’t be helping me out just cause, right?

In Vienna my friends and I stayed with a girl who was cousins with one of the guys my friend had met on Erasmus. She showed us on the map where we should check out and welcomed us with bottles of bubbly. We ended up getting along really well, are now Facebook friends and if she ever finds herself in Sydney, Melbourne or Warsaw, she without a doubt will also find herself a welcoming home and tour guide.

In Slovenia we met a guy who gave us a lift to his hometown in Croatia. We were hitchhiking at the time and after hours of waiting, we thought we would never make it out of Ljubljana. Said guy’s name is Robi and he happens to own a pizzeria (which FYI, is amazing).

In Croatia, our group of 3 quickly became a group of 5. Robi introduced us to his friend and we spent almost the entire week with them. We tried typical Istrian food, visited neighbouring towns and even went to a cave together. There was no obligation on their part to show us around and I hate to admit it, but I was secretly wondering at what point they would ask us for a favour in return. The week passed, we said thank you for everything and that was that.

In Hungary I was hosted, fed and essentially babied by a friend. She had sent me instructions to her apartment and being the very well organised being that I am, I kinda didn’t read them properly. I stepped off the tram and with my life on my back, searched for Bus 9, in the rain. A cyclist slowed down and asked me if I spoke English. “Yes-” I was ready to continue on to say “.. But I’m not from here so I probably won’t be of much help, sorry!” before he interrupted me:

“Are you a tourist?”

He not only told me where the bus stop was, but which direction I should get the bus towards and how many stops I’d have to stay on it for to get to my destination. Once he was sure that I would be fine to find my friend’s place he simply wished me a nice time in Budapest and cycled off. 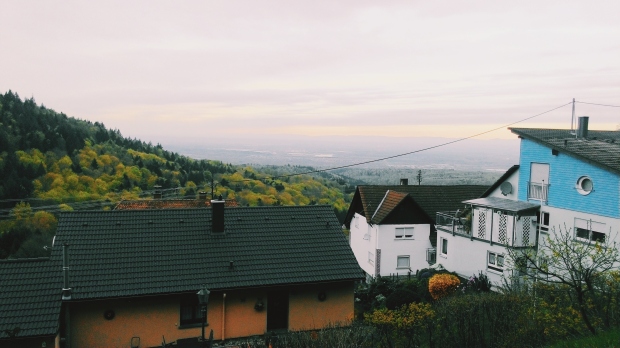 Whilst I continually questioned their motives, I’d be lying if I said I’ve never helped someone I have no obligation to, just cause.

But is it really just cause?

Our satisfaction is greater and lasts longer when we help others instead of helping ourselves (link). What’s better is that the feeling of satisfaction is elevated even further when our want to help is derived from intrinsic rather than extrinsic motivation. So every time you help someone out for no particular reason, you are actually also helping yourself. Win win, eh?

On Pay It Forward Day, people are encouraged to do good deeds for others without asking for anything in return. Instead, recipients of said good deeds are instructed to pay it forward to someone else in need. The result? A flow of positive energy gains momentum and a world of people learn about the power of giving.

I didn’t participate this year because I didn’t know about the day until quite recently. But honestly, I view the Pay It Forward concept the same way I view New Year Resolutions; we don’t have to wait for a particular calendar date to start making a difference.

So thank you to everyone who’s ever helped me out for no particular reason, it’s now my turn to pay it forward.