I got back recently from a three week trip to the Philippines. Located in Southeast Asia, with a population of over 100 million people with the official languages of Filipino and English, the Philippines is a slightly under-the-radar travel destination. Now I could go to all the trouble of researching about the rich Filipino culture and their customs and thus provide you with a vast amount of knowledge so you can walk away from this blog post with having learned something new, but that’s just not me. Instead, I’m going to go into detail about how I struggled with living over there and five differences I missed back home.

When my friends suggested the Philippines as our next trip, I immediately said, Sure I’ll love to! Looking back, I clearly didn’t take into account the fact that I’ve never been a beachy hot-weather kinda girl, I’m terrified of water I can’t stand up in, I get too scared to go try exhilarating activities, mosquitoes adore me, and I sunburn at the drop of a hat. But no way was I gonna pass up an opportunity to go overseas and get a break from ol’ Australian life! So I decided to leap out of my comfort zone (while desperately holding onto my two friends because there’s no way I would take this journey by myself.)

One of the first things you learn when you prepare for a trip to the Philippines is that the tap water is unsafe to drink for tourists. Which means you have to constantly buy water bottles everywhere you go. Sometimes you even go to the lengths of brushing your teeth with only bottled water. I got sick a few days into our trip when we arrived in Boracay. I had been diligently avoiding tap water, but after our first dinner there, I was a goner. It’s very difficult to know how careful food handling standards are and the water they use in the kitchens. So even the ice in our drinks was most likely regular tap water and if we drank too much of it, we were gonna have a bad time. I even got so paranoid that I started washing my contacts in bottled water and it was only when it felt so inconvenient that I stopped. We all got sick at some point. It was not fun.

There’s always a level of danger when travelling overseas. Whether or not it’s because of the culture differences, or an increased possibility of natural disasters, or different diseases prevalent in other countries. There are a lot of places where there are locals that try and take advantage of tourists. It’s why there are many sites that describe tourist scams in multiple countries. Along with pickpockets and dodgy taxi drivers, apparently certain areas of the Philippines has malaria and others diseases. Thus, I had to get a shot before I left. The Smart Traveller’s website also says there’s a high rate of kidnapping and violent crimes in the southern islands. The latest advice on that website has recorded a security incident a week ago at a hotel in Manila, near the airport, which resulted in deaths and injuries. That kind of news really does scare me.

Travelling to Asia? Always carry tissues on you. If you need to use a public bathroom, you’ll be hard pressed to find any toilet paper in the stall. Of course there are plenty of countries that are exceptions to this rule. I typically carry pocket tissues in my bag wherever I go but it’s still something you have to actively remember because when it’s too late, the consequences aren’t pleasant. I was surprised to go to Philippines airport toilets where they have a toilet paper dispenser next to the sinks, outside of the stalls. The first time I sat on the toilet before realising (but thankfully had one of my mates pass me some while she was waiting for a free stall) and from then on I had to keep my eye out for the rest of the trip. It’s not that I need a buttload (heh) of sheets every time I go; it’s just sometimes my stomach starts acting up while I’m in the stall and I may need more than I expected. It just ends up being really anxiety-inducing!

I hate littering. You litter in front of me and my respect for you will drop. Once I was walking in the city with a friend and he literally spat out his chewing gum next to a bin. Not in the bin… next to it. A passerby reprimanded him for it but he shrugged and laughed it off. I was pretty disgusted. Southeast Asian countries typically don’t have the best reputation when it comes to how clean the streets are. I remember riding in a car in China and watching a woman eat out of a McDonalds bag and just throw the empty paper bag off to her side on the sidewalk, with such normality. A mindset of selfishness and lack of environmental concern or respect for the earth just baffles me. It makes me dearly miss Japan where you hold onto your rubbish until you get home to throw it out. So when you travel to third world countries, try not to mind the piles of trash everywhere. And please don’t add to it.

We have quite a few homeless people on the streets of major Australian cities. One year in high school I made the New Year’s resolution of giving my spare change to every single beggar/busker on the street whenever I passed one. Can’t say for sure I kept that up for the entire year but I hated the guilty feeling of not helping those strangers in need. You get told to not give any money to children who come up and hold their hands out when travelling places such as India, for all the other children will come up and swarm you. I was actually surprised when we got two small girls come up to us in Manila on our way back to our apartment, but by then I was pretty cynical about being taken advantage of, so I walked past their outstretched hands without much of a second glance. It was the first time I had ever encountered child beggars and it hurt my heart once I reflected on it later. I’m glad we don’t see much, if any, in Australia. 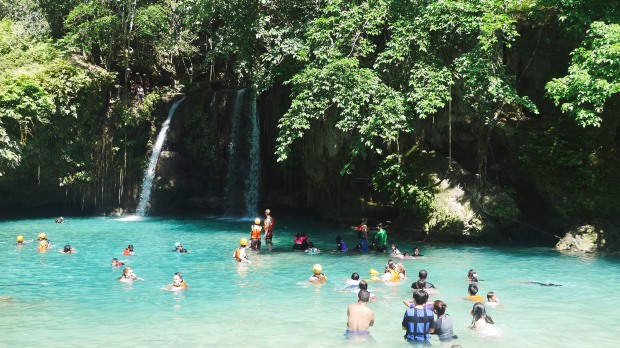 I know I sound preachy in this post and this is all common sense, but it seems like being humble isn’t that widespread these days. I think I’m more-so writing this post so that I can look back and remember how much I struggled over in the Philippines. Even though it was only a two week trip, which does make me feel pretty weak and sheltered. I’m hoping this experience along with many others in the future will help me be a little better at appreciating the things I have in my life. And also figuring out how to go with the flow and not let bad moments get me down.

Now time for the next big trip!

One thought on “Third World Countries: 5 Things You Take For Granted”